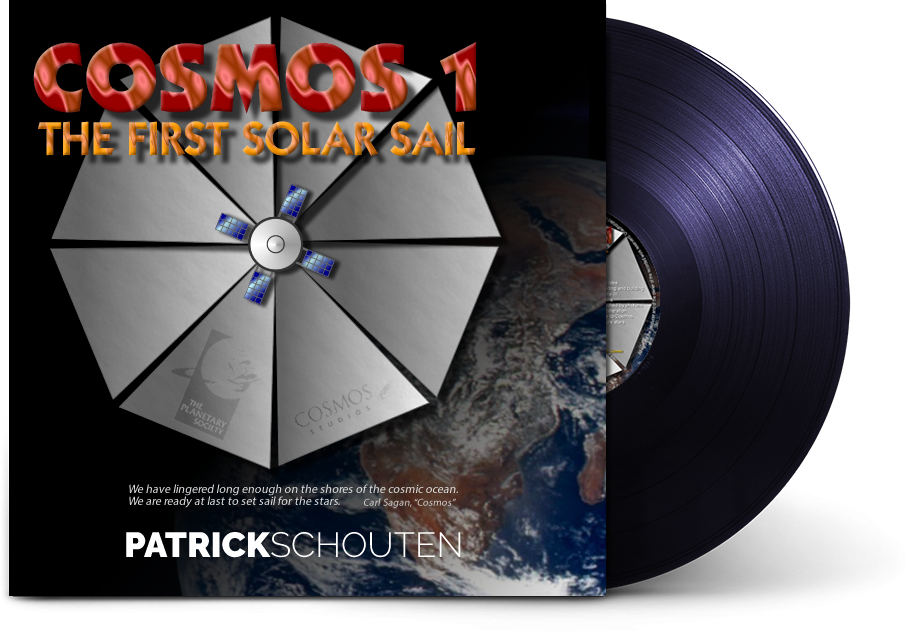 The music for this album is dedicated to the Solar Sail project of Cosmos 1 project by the Planetary Society and Cosmos Studios.
With minimal funds they created a spacecraft that would be propelled by sunlight. They lanced the spacecraft from a Russian submarine with a remodeled Volna rocket.
On June 21, 2005, Cosmos 1 was launched as planned from the Delta III submarine Borisoglebsk of the Russian Northern Fleet. Unfortunately, the first stage of the Volna never completed its scheduled burn, and the spacecraft did not enter orbit. Cosmos 1, the first solar sail never had a chance to test its revolutionary technology.

A solar sail, simply put, is a spacecraft propelled by sunlight. Whereas a conventional rocket is propelled by thrust produced by its internal engine burn, a solar sail is pushed forward simply by light from the Sun. This is possible because light is made up of packets of energy known as "photons", that act like atomic particles, but with more energy.
When a beam of light is pointed at a bright mirror-like surface, its photons reflect right back, just like a ball bouncing off the wall. In the process the photons transmit their momentum to the surface twice - once by the initial impact, and again by reflecting back from it. Ever so slightly, propelled by a steady stream of reflecting photons, the bright surface is pushed forward.