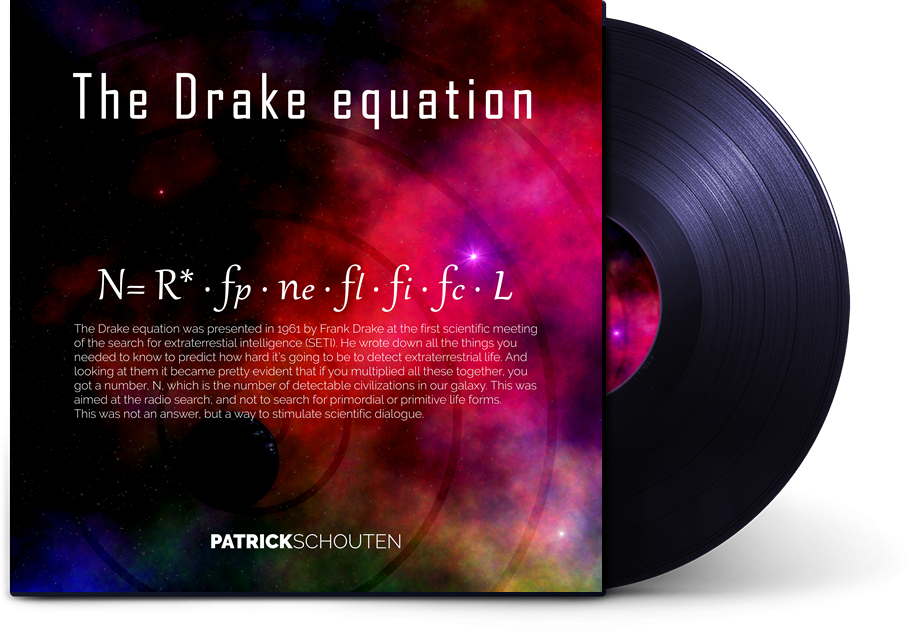 This album is a homage to the Drake equation.
The Drake equation was presented in 1961 by Frank Drake at the first scientific meeting of the search for extraterrestrial intelligence (SETI). He wrote down all the things you needed to know to detect extraterrestrial life so it would be clear how hard it’s going to be.
Calculating this formula you get a number N, which is the number of detectable civilisations in our galaxy. This was aimed at the radio search, and not to search for primordial or primitive life forms. The formula was not an answer, but a way to stimulate the scientific dialogue.